Wow, I can’t believe the year is almost over! It flew by so quickly. It’s hard to believe that I’ve been living in Pittsburgh for more than two years. It seems like just yesterday that my parents and I hauled my stuff from Brooklyn to their basement in southwest PA.

The past 24 months – while full of many amazing memories and people – were significantly more difficult than anticipated. Had I known what laid ahead, maybe I would have stayed in New York City. Though expensive and fast-paced, it was comfortable, familiar. Taking the path of least resistance to avoid hardship is often very tempting – some people spend their entire lives on that path.

Hindsight is always 20/20. It’s easy to look back and dwell on how we could have better handled a challenging situation or to wish we could predict the future. Life would be simpler if we were able to prepare ourselves for difficulties, painful lessons and people who will hurt us. We’re never ready when life knocks us down. If we were, we’d never learn resiliency, persistence or strength.

I look back at what I’ve learned during the past few years – to be more grateful, patient and empathetic toward people, even if I’m not shown the same consideration. Humans are complicated and flawed – it doesn’t make sense when others mistreat us. We can spend considerable amounts of time stuck in our own minds – angry at injustices we’ve experienced, anxious over how others perceive us. But it’s impossible to control what people do or think. It’s better to focus on one’s own behavior and attitude.

A friend recently told me that I seemed naturally gifted at meeting people, but this isn’t true at all. I’m an introvert. I was a quiet, nerdy kid who was bullied from elementary school through high school. Years later, I made the decision to move to New York City without knowing anyone. Though difficult circumstances are never fun, they often produce the greatest lessons. I remember how it felt to be left out, so expressing a genuine concern for others is something I feel obligated to do. I’ve noticed that miserable people are typically only concerned with themselves – angry at things that have happened to them, bitter toward people who they believe have more than they do. It’s easy to fall into a self-pitying mindset. We live in a culture that’s obsessed with one-upping everyone else, but focusing on what you lack inevitably leads to discontent.

No one has it easy. Even the most confident people can be weighed down with self-doubt. You never know what someone else is going through, and a small gesture of kindness can make a significant impact. Additionally, if you’re going through a difficult time, there is always a light at the end of the tunnel. You often don’t believe until you see it, but it’s there. Life rarely goes how you expect, but if you stay positive and remain open-minded, you’ll be amazed at the opportunities that come your way. I’m thankful for every failure and hardship I’ve endured, every time I’ve had to pick myself up after a defeat. I wouldn’t be who I am without those experiences.

As 2018 comes to a close, I’m grateful for all that I’ve learned during the past year, as well as all the amazing people who helped me through difficult times. I’m looking forward to what 2019 brings.

“The greater the obstacle, the more glory in overcoming it.” – Moliere

Sun May 12 , 2019
Happy Mother’s Day! It’s officially the day to celebrate the crucial role that moms play in our lives. It’s easy to overlook the many ways […] 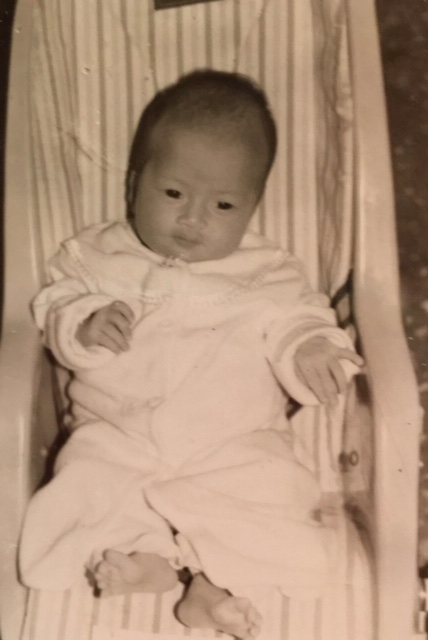