Well, here we are.

I’ve thought of a thousand ways to say goodbye to the city that I’ve called home for nearly eight years, but it was difficult to find the words that would pay tribute to such a significant portion of my life.

How can you summarize eight years, 11 apartments and thousands of subway rides into a few paragraphs? How can you say farewell to a crazy, 305-square mile metropolis that smells like hot garbage in the summer and makes you question why you never considered moving to Florida during the winter? How can you leave behind countless moments spent in an overcrowded city with millions of people, each hoping to accomplish the American dream?

There are many reasons that make living here such a life-changing experience, some that defy logic and more that are difficult to define. But it doesn’t always feel this way. I can’t tell you how many times I’d wonder if paying $1,200 a month for a tiny studio apartment overlooking a courtyard full of garbage, broken beer bottles and dirty diapers was worth it.

There are countless things I’ll miss about New York City – the convenience of 24-hour grocery stores, ordering from Seamless at midnight, finding cheap produce in Chinatown, the view of the lower Manhattan skyline from the Q train, discovering awesome furniture on the street corner. There’s always something to do here. We have a seemingly endless supply of restaurants, museums, gyms and parks – and the minute one closes, five more spring up in its place. You will never be bored, as the city thrives on novelty and its own unique version of adult attention deficit disorder.

And there are some things I won’t miss. Waiting 45 minutes for the subway after midnight sucks, and getting harassed while walking down the street totally sucks. I also won’t miss waiting in line for everything – buying groceries, mailing packages, buying toothpaste – New Yorkers have become adept at standing in line for 30 minutes at a time without ever questioning how annoying it is.

Time seems to move twice as fast when you reside in the five boroughs. It’s hard to believe that it’s been eight years since my parents and I loaded up a rental van full of boxes of clothing, books and old kitchenware to move me into a $600/month railroad apartment in Queens. Two weeks later, my Craigslist roommate decided she didn’t like the smell of my shampoo or having a roommate at all and asked me to vacate. I’ll never forget standing alone on a street corner in February with all my belongings, talking to my parents on the phone in Pennsylvania and wondering if I had what it took to be a New Yorker. They assured me I would survive.

And they were right.

Every hardship and experience I’ve had in New York City taught me an unforgettable lesson, while building a strong sense of resiliency, self-reliability, confidence and blind faith that I wouldn’t have acquired had I not lived on my own for nearly a decade in one of the most difficult cities in the world. Though New Yorkers are often portrayed as harsh, abrasive and even somewhat shallow, surviving here has shown me what’s truly important in life. It’s not designer clothing or eating at the best restaurants – it’s being kind, trusting God, loving others and surrounding yourself with kind, positive people.

This sounds simple, but it’s an incredibly difficult mantra to live by, as we’re constantly being told what we should look like, what we should wear, and how we should live our lives. It’s easy to envy what others have here – someone will always make more money than you or live in a larger apartment (600-square-feet, wow!). But if you can be content with what you have in a city of eight million people trying to have it all, you’ve already reached a level of success and contentment that many will never understand. I used to envy friends whose parents paid their rent and bills each month, but I eventually realized that self-sufficiency is one of the best lessons parents can pass onto their children, and I was grateful that mine allowed me to struggle, fail and face hardships on my own.

So, as I prepare to leave this beautiful and chaotic city, I think of all the people and places that are now a part of me. They say you can leave New York, but New York will never leave you. I hope that’s true. I don’t want to forget the smell of autumn when it descends upon the city after an especially sweltering summer, or the quiet stillness after the first snow of winter falls. I’ll miss the sound of sirens at 3 a.m., maybe even the constant chaos of tourist-filled Times Square. But, most of all, I’ll miss the people who played integral parts of my journey, many who fled to other states long ago in search of cheaper rents and shorter lines at the grocery store. Life can change so quickly, but the city will always be here – a sprawling metropolis full of dreams, cockroaches and overpriced hipster bars with confusing cocktail names.

Oh, New York, I’ve grown to love so many things about you, but this is where our paths diverge.

Happy Father's Day to the best dad in the world!

Sun Jun 18 , 2017
When I was a baby, my mom and dad adopted me (along with three siblings) from Seoul, South Korea. Without asking for anything in return, […] 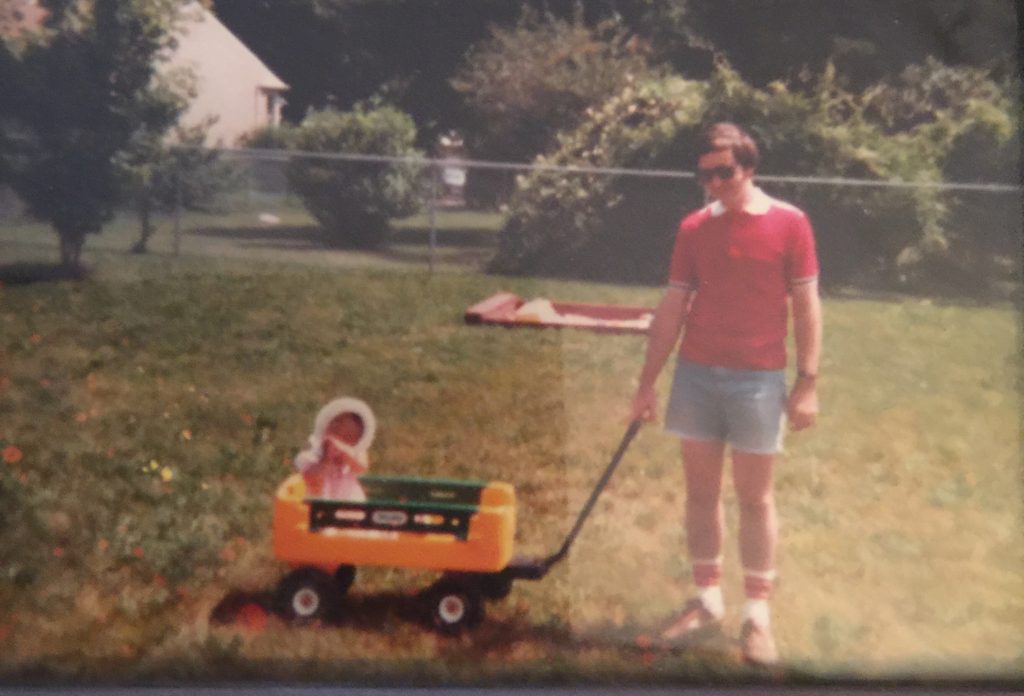